It's time to align our calendar and clock to our base 10 number system....... 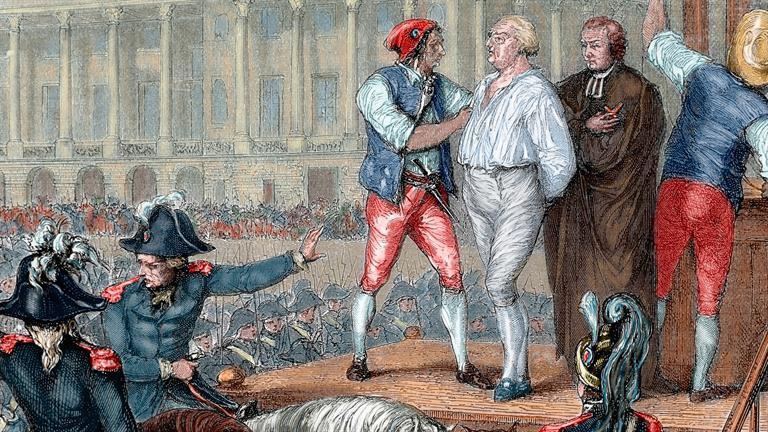 
We began by looking at this image and discussed what we thought it was about. That led us to sharing what we knew about the French Revolution and the impacts that had on our governing system today. From this, I explained how during the French Revolution, they had invented a decimal clock that was based on the number 10. And, they had also changed the way they measured the years by declaring the first year of the French Republic as Year 1 instead of 1782.

We chatted about how a base 10 system for telling time makes sense since the metric system aligns everything neatly with the number 10.

After discussing the pros and cons of these new mathematical ideas, we were ready for our investigation:


Creating a Base 10 Measurement of Time System

The United Nations has asked you to create a base 10 time system so it will align with our metric system of measurement and to also align with our base 10 number system.  It is considered that having a base 10 calendar and a base 10 clock to tell the time will help align mathematics we use in daily life.

After discussing our challenge, we brainstormed what things we would need to consider and came up with these ideas:

One student shared that there must surely be a connection. He figured a base 10 clock must have a base 10 calendar to exist. We thought that was a really interesting idea and wondered if one could exist without the other?

We then decided which we would like to invent and found a partner to pair up with.


After our first session, we gathered in a circle and shared either:

° If the group that is inventing the Base 10 clock is able to speed up time, would that help us with our calendar to make it easier to make the year 400 days so it aligns with base 10?

° Do we still really need 4 seasons?

° Wouldn't it be easier to create a calendar for countries close to the Equator? They only have two seasons...... 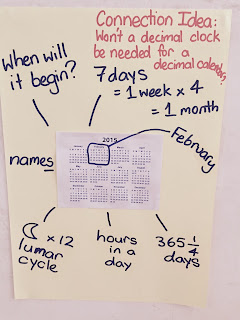 We then reexamined our current calendar and relooked at possible reasons it is divided up the way it is.

When they left for recess, many of the kids were walking down the corridor still discussing ways they could solve this investigation and some debating why we could or could not divide a month into 10 days..........


Loads of interesting ideas have been experimented with as we tried out different ways to create either a base 10 calendar or a base 10 clock.

It's interesting to see which students prefer to visualise their thinking and those who prefer other ways. 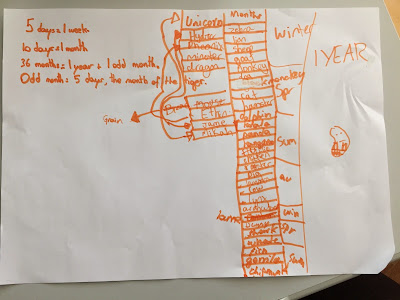 In finding possibilities these students visualised their thinking by experimenting with something similar to a fraction wall..... 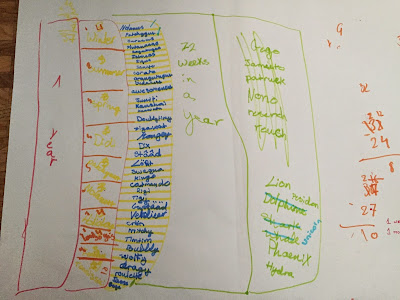 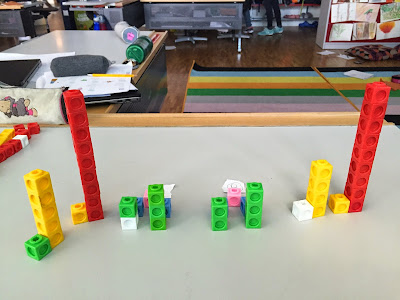 These students felt it might be easier to investigate using cubes: each colour represented a week or month.....
And others prefered to simply make notes and calculate how things could work out in their minds or on scrap paper. 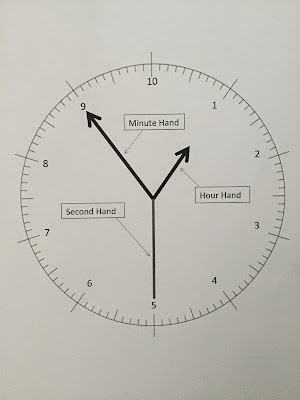 This is an amazing idea!

They simply divided the day into two half days (like our current a.m / p.m system).

Each hour was then divided into 100 minutes.

And to make this work, they created a new length for a second.  They calculated that a new second will now be 2.31 seconds long.  By doing this, they have been able to make a very impressive base 10 clock system.

How much easier would it be for us to learn to tell the time with this system? 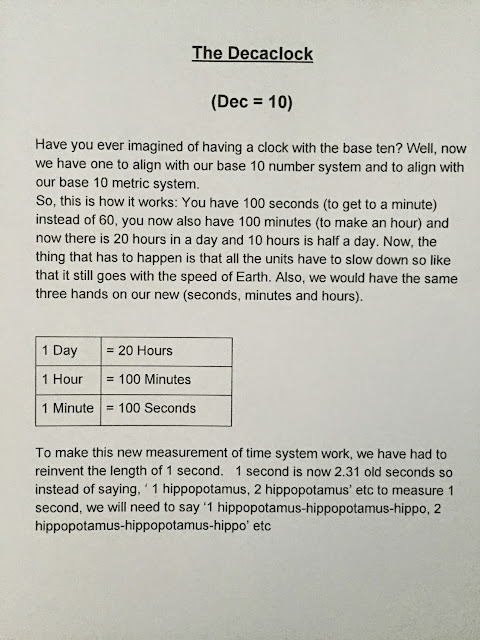 We have decided we will definitely send this idea to the mathematics department at Oxford University to see what they think. :)

A Base 10 Calendar System:   The Deci Calendar 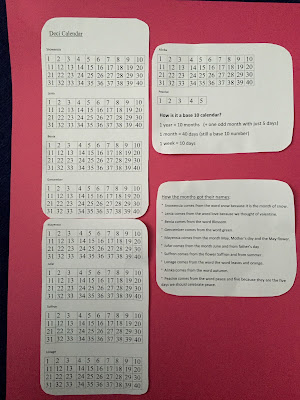 This was a really great base 10 calendar.

Every month (except the last month) has 40 days so there is no more confusion like our current calendar of 30 or 31.


To solve it, they decided the last month of the year will be a global celebration of 5 days to promote peace and appreciation.   They experimented with using those 5 extra days to make a leap year, but decided against that. 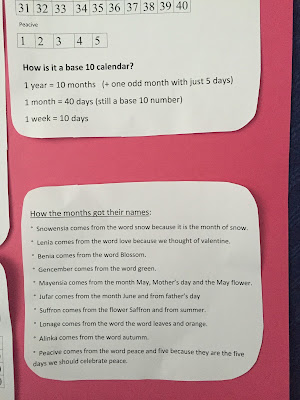 To make it a global calendar, they decided to name most of their months after flowers that can found around the world.   Nice idea :)

Another Base 10 Calendar System 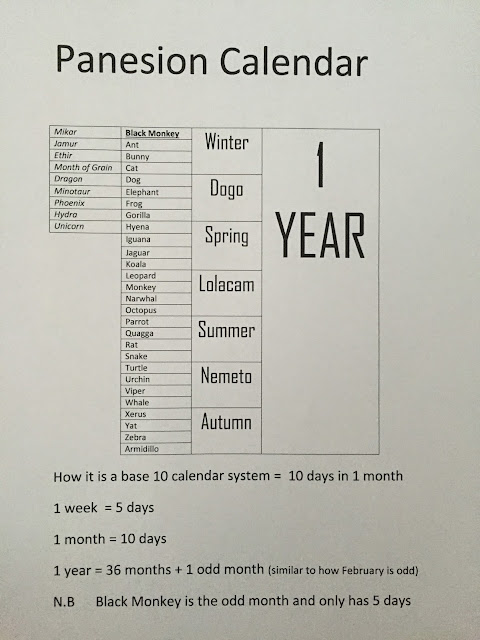 As the new calendar is intended to be used globally, they decided that the months of the year should be named after animals since everyone can relate to them. 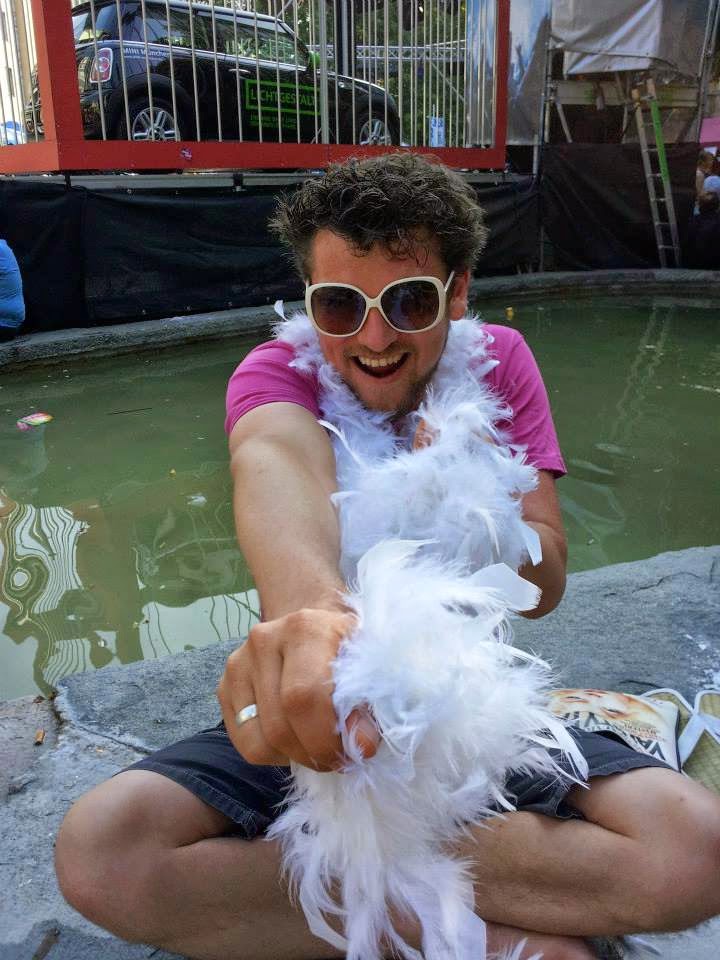